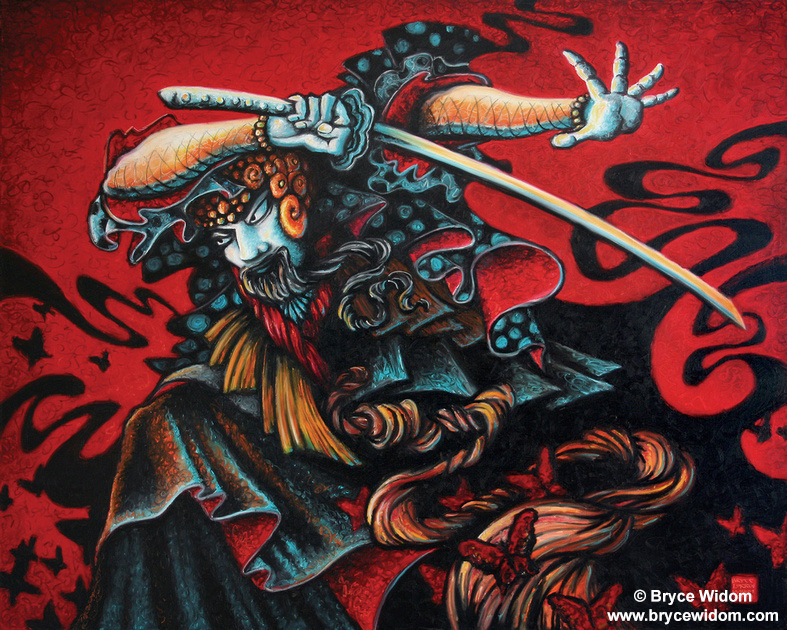 While violent crime overall is going down, with the increased speed and presence our current digital world brings to the news it seems like hardly a week goes by without another police shooting, terrorist attack, gang death, horrible rape, or shooting spree. Paris, San Bernadino, Nice, Dallas, Istanbul, the Stanford Rape case, Orlando, Baton Rouge, Ferguson, Minnesota, and countless other tragedies my semi-informed self isn’t even aware of seem to be bubbling up at an alarming rate.

It strikes me, however, that other than this article, I’ve not really heard any discourse about the one underlying trait unifying the vast majority of all said tragedies: they’re perpetrated by men.

Exceptions absolutely exist, but overall it’s clear that so many of the horrible things that happen on our planet are because of dissociated and damaged masculine.

Whether screwing over the economy, murdering people based on religious ideology, starting a war under false pretenses, raping women, or abusing children, so many of the atrocities the masculine perpetrates comes from taking action to benefit the self at the expense of the other.

The need for the masculine to evolve in this moment in time is clear, and there are countless reasons as to why it’s in such a perilous state right now and how we can begin to change it.

For now, however, I want to focus on a single thing: how we value and define masculine leadership and power.

Masculine power has traditionally been celebrated for its ability to distance itself from “others” – it’s ability to dissociate and dominate.  It’s rooted in a mindset in which power and security are a SCARCE resource that must be accrued at the expense of others.  Current Presidential nominee Donald Trump epitomizes this – power that comes from dominance, denigration, and division.

This old framework celebrates gut instincts, infallible self-confidence, lack of concern for other’s feelings, stockpiling money, and is measured in status by how much control over others one has. It’s based in insecurity and scarcity. Fluidity of perspective is seen as “flip flopping” and weak, and empathy isn’t even on the radar of being a desirable trait.

Men and women need to support a more wholesome & evolved version of the masculine.  Imagine instead, us celebrating and valuing masculine power by its capacity to hold multiple perspectives when making decisions, willingness to be unsure, and ability to give its power away to others.  In this model, evolved masculine leadership seeks out new information and dissenting opinions while using its ability to empathize with others as a primary tool for making decisions.

This version of power exists in a healthy state of not-knowing: being in touch with its own feelings and perspective while also constantly seeking out more and more data to continually grow its perspective to include more when making decisions.

Anchoring itself in abundance, instead of insulating itself by stockpiling power-over others, it grows in status and value by its ability to EMPOWER others, ie by how much energy it allows to flow through itself into others to strength their autonomy. This masculine power is measured in status not by how much control it has over others, but by how much it shares its power-with others.

One of my favorite teachers, Robert Augustus Masters, defines power-with as so:

True masculine power is full-blooded power-with— power that strengthens both our autonomy and our togetherness, power that is both hard and soft, penetrating and fluid, finely focused and panoramic, power that aligns head, heart, and guts.

As a man who identifies with a masculine essence, I feel clearer than ever enacting this is part of my calling in this life and strive to embody power-with as one of the central compasses for my growth moving forward.

While unfortunately there is no easy way to ever fully stop pathological masculine activity, one easy step on the road to a healthier embodiment is by changing the types of masculine we idolize and value in the world. Masculine and feminine leaders alike can both help support this by vocally cherishing and celebrating this type of leadership when we see it. (our current President, while not perfect, is a pretty fantastic example).

Artwork from the Amazing Bryce Widom!

← Prev: The Pain of Energy Debt (awareness vs change) Next: Favorite Films of 2015 →