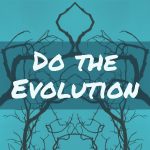 Do The Evolution
Favorite Films of 2016

Another film year has come and gone! I saw far fewer films in 2016 than I have in a good many years due to a much more travel filled life schedule! The fall came through strong though, with a few truly wonderful films that made the entire year worth it!

Slight spoiler warning in the audio for this podcast, I keep things pretty vague but if you like to go into films knowing nothing beforehand like me, take note I do discuss some of the final acts of my top films.

As a sci-fi lover, this was probably my favorite film of the year. Consider me fully it for Denis Villeneuve, as I loved last year’s Sicario as well. Finally we have an alien invasion movie that isn’t about guns, but about communication and the nature of time. It’s no shock that this couldn’t get made through a studio, and it packed quite an emotional punch for me. Total yes to this film.

So, SO happy this won best picture, everything about this indie was sparkling to me: the script, performances, and quite wonderful cinematography. As someone passionate about the growth and development of healthier forms of masculine, I’m in awe of the space this film opened up around sexual identity, vulnerability, and what it means to be tough. Congrats to the amazing cast and crew, and that swimming scene is certainly one for the ages, a rare treat.

The first decent Spielberg film in ages! /jk. Jeff Nichols is among my top favorite working directors right now, and again this is my kind of sci-fi: a story about relationships and being human inside a fantastic container. Probably the best opening sequence of the year, hands down, and another crushingly good performance from Michael Shannon!

I loved Once, but never saw Begin Again. Sing Street, however, had me smiling the entire time. Just a burst of joy about teenage friendships, creativity, and dreaming. The music is fantastic and entertaining, and the fairy tale ending has some fun connotations if you mentally drop this film in before Once…

Yes it’s a big comic book movie, and yes it’s kind of paint by numbers marvel, BUT, they finally stopped pretending they even need to have interesting villains, and let our favorite characters take center stage. This movie went from drama of the best kind: when you can fully get and feel how both sides are right, but also how they inevitably have to clash in that rightness…That is the tragedy. If all summer movies were this generically good, we’d be in a much better movie going world.

Didn’t love it quite as much as many folks overall, but the catchy tunes, wonderful LA locales, and finally that amazing last sequence sold me overall. I love that it’s not the typical fairy tale, and is about the reality of following your dreams, which is part of what really makes this town special.

Hunt for the Wilderpeople

Lasseter taking over Disney’s story department finally shows here, a non pixar movie that has their level of quality story. A fantastic story about tolerance of the right kind.

Loved the visuals, and hell, a marvel score with a memorable THEME song, hurrah! Ultimately didn’t land for me as the beginning was way to rushed, and was mostly TELL, now show. Most disappointing to me, however, despite how awesome it is to see mystical stuff further trickling into mainstream, was that for every door they opened, it again just fell back to people punching each other kung fu style. I love what they tried with that ending, and I can’t believe I’m saying this, but Moffat did it better in Doctor Who with Capaldi.

The best looking Star Wars movie yet that was a fun romp bogged down by unnecessarily dense plotting and lack of any memorable characters outside of the droid.

I really truly thought this could be the one! The WoW lore is deep and colorful, with so much greatness to mine, AND DUNCAN JONES was directing this, how could it go wrong? Paper thin plot and lack of memorable characters, apparently. Trusting Duncan will come back strong with MUTE.

Didn’t have a chance to see, but wanted to

To Hell or High Water

← Prev: Doing the Evolution & The Age of Infinity Next: Thoughts on Logan Plus Some Things Aren't Meant to Be Felt Alone →

Get Posts Straight To Your Inbox

Enjoying the blog?  Sign up to receive my monthly newsletter to receive my writing straight to your inbox on the 1st of every month.

You have Successfully Subscribed!